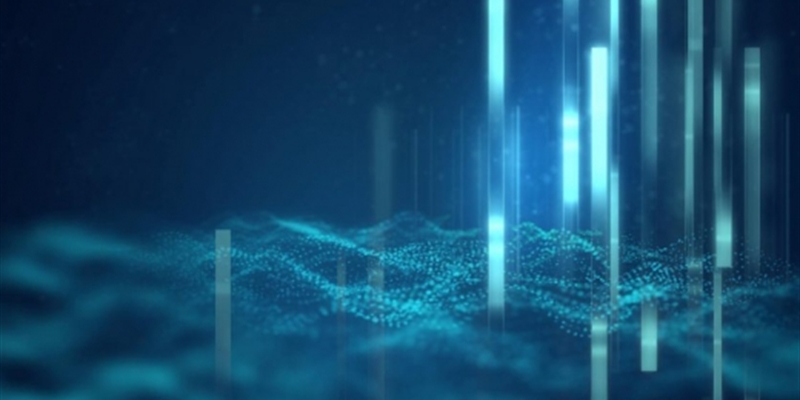 Do you want to simplify parsing your log messages? Try the new “application adapter” and “enterprise-wide message model” frameworks in syslog-ng: you can automatically parse log messages and forward the results to another syslog-ng instance. Optionally, you can also include the original, raw message that you can forward unmodified to a SIEM system for further analysis.

Many organizations store logs without parsing or analyzing the messages, because they are only required to collect the logs. Doing anything further with logs is an effort low on their priority list – except when a crash or breach occurs. The new “application adapter” and “enterprise-wide message model” frameworks of syslog-ng make it easier for you to get started with message parsing, and allow you to forward the results. They provide:

With these changes, syslog-ng becomes capable of turning the incoming unstructured syslog messages into a set of name-value pairs, making structured log processing and searching possible, and also helping you to create dashboards easier (for example, in Kibana or Splunk).

While these features are work in progress and might change considerably in future releases, we appreciate early testing and feedback. With the help of your comments we could cover not just our internal use cases, but also take into account the needs of the wider community.

Note, that both of these features are still work in progress. Right now they are not available in the main source code, only in the https://github.com/balabit/syslog-ng/pull/1689 pull request, where you can read the comments and take a look at the code. For testing, you can also download RPM packages for openSUSE, SLES and RHEL (& compatibles) from my git snapshot repositories.

Before showing you configurations for a test environment, let me introduce you to the major components of application adapters and the enterprise-wide message model in more depth.

Application adapters enable automatic parsing for a variety of log messages. Right now there are adapters for sudo, iptables, and some of the Cisco log formats. As a result of parsing, syslog-ng creates name-value pairs that you can use later on for filtering. You can also store them together with the message for easier querying. Syslog-ng adds a prefix to the names of parsed values: a dot and the application name. For example for “sudo” logs the prefix is “.sudo.”.

This is the information forwarded about a sudo event. As you can see, the JSON template replaces the leading dot with an undersore:

Before the regular syslog fields you can see values parsed from the message by syslog-ng under the “sudo” hierarchy.

After you have installed syslog-ng, you can find the application adapters bundled with syslog-ng under the “scl” directory, which you can normally find under /usr/share/syslog-ng/include/scl in your filesystem. Taking one of these as an example, you can create such an adapter yourself for the logs of other applications. For example here is the content of /usr/share/syslog-ng/include/scl/sudo/sudo.conf (minus the copyright from the beginning of the file).

Until now, you could parse log messages or enrich them with external data on any component of your logging infrastructure that was running syslog-ng: a client, relay, or the server. However, forwarding the parsed values, or any other external information to the next component of the infrastructure was difficult and inconvenient, therefore parsing happened typically on the server. But now, the new transport mechanism of syslog-ng (dubbed enterprise-wide message model) allows you to deliver structured messages from the initial receiving syslog-ng component right up to the central log server, through any number of hops. It does not matter if you parse the messages on the client, on a relay, or on the central server, their structured results will be available where you store the messages. Optionally, you can also forward the original raw message as the first syslog-ng component in your infrastructure has received it, which is important if you want to forward a message for example to a SIEM system. To make use of the enterprise-wide message model, you have to use the syslog-ng() destination on the sender side, and the default-network-drivers() source on the receiver side.

The syslog-ng() destination uses a special format to forward messages and the name-value pairs related to the message to other syslog-ng instances. The program name in the message is set to @syslog-ng, and the rest of the information is embedded in JSON format.

The default-network-drivers() source is listening on all standard-syslog related ports, and automatically parses messages using the available application adapters. It supports TCP and UDP connections using the legacy and the new syslog protocol. Encrypted connections are also supported, but that needs additional configuration. It also automatically recognizes and parses messages sent using the syslog-ng() destination.

Note that you might need to update your SELinux and firewall rules to be able to use this feature.

One simple use-case for this mechanism is the transfer of the original RAW message as received from the client. With the new “store-raw-message” flag on inputs, syslog-ng saves the original message as received from the client in a name-value pair called ${RAWMSG}. You can forward this raw message to another syslog-ng component using the syslog-ng() destination + default-network-drivers() source pair, all the way to your central syslog-ng server, which can forward it to a SIEM system, in its original form, ensuring that the SIEM can process it.

Setting up a test environment

If you really want you can test the new features using a single instance of syslog-ng, but I recommend using two (virtual) machines for a more realistic test. My example configurations assume that you have two machines, a client and a server. They give you plenty of room for testing, so even if you do not have an Elasticsearch server ready, you can see how the features work.

For my tests I installed syslog-ng on CentOS 7 from the RPM packages in my experimental git snapshot repository. For the tests I simply disabled SELinux and firewalld. Of course while this is OK for a test environment, you should never do that in production. Check my blog if you need help running syslog-ng with SELinux and firewalld enabled.

You can append the configuration snippet below to the end of your current syslog-ng configuration, or create a new .conf file under /etc/syslog-ng/conf.d/ if this possibility is enabled in your distribution.

You can append the configuration snippet below to the end of your current syslog-ng configuration or create a new .conf file under /etc/syslog-ng/conf.d/ if this possibility is enabled in your distribution.

Once everything is configured and syslog-ng is reloaded to take configurations into effect, you are ready for testing. We send two test messages. The first one is running sudo as a user and checking traces in the logs. The other one is sending a simple message to the network source on the client so we can check raw message forwarding.

Note that if you use journald for logging, as for example CentOS 7 does, you will see tons of additional name-value pairs coming from the journald driver of syslog-ng.

Use sudo for something on the client machine and check the logs. In my example I executed “sudo ls /root” as user czanik.

The /var/log/messages-kv.log file on the client and the /var/log/fromnet-kv.log on the server should contain a similar line. Note the field names starting with .sudo. and the many name-value pairs coming from journald.

The /var/log/templatetest file should contain a similar line in JSON format:

And finally you should see the same data also in Elasticsearch if you enabled it.

To test raw message forwarding you should send a test message to the network source on the client. Use a similar command line:

Using the above configurations the message is sent directly to the server using the enterprise-wide message model.

The /var/log/fromnet file should contain a similar line:

The /var/log/templatetest file is more interesting, as it also contains the name-value pairs, including RAWMSG. As you can see it is completely untouched and includes all fields of a syslog message including the <> part at the beginning.