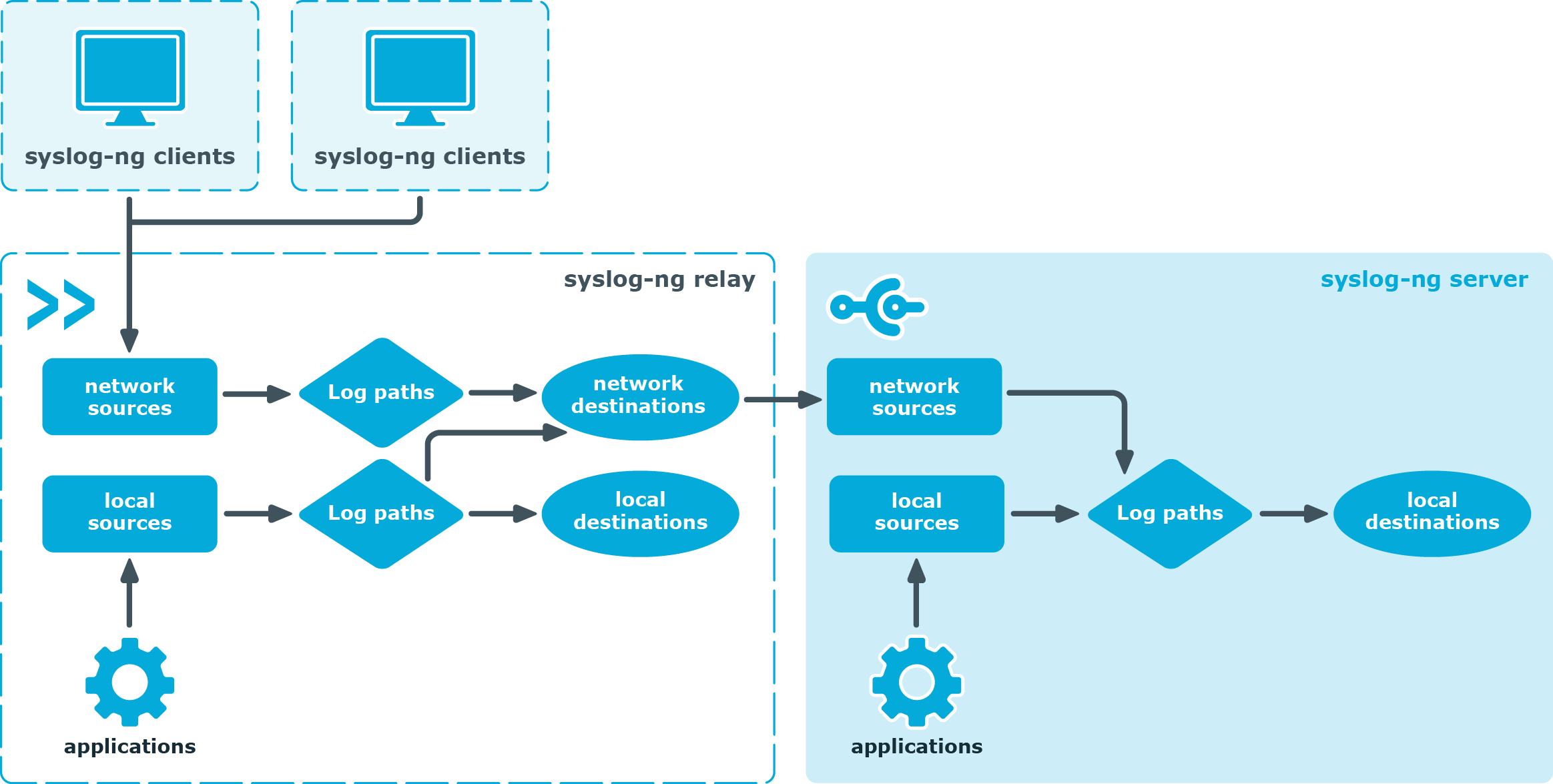 The concepts of syslog-ng > Modes of operation > Server mode 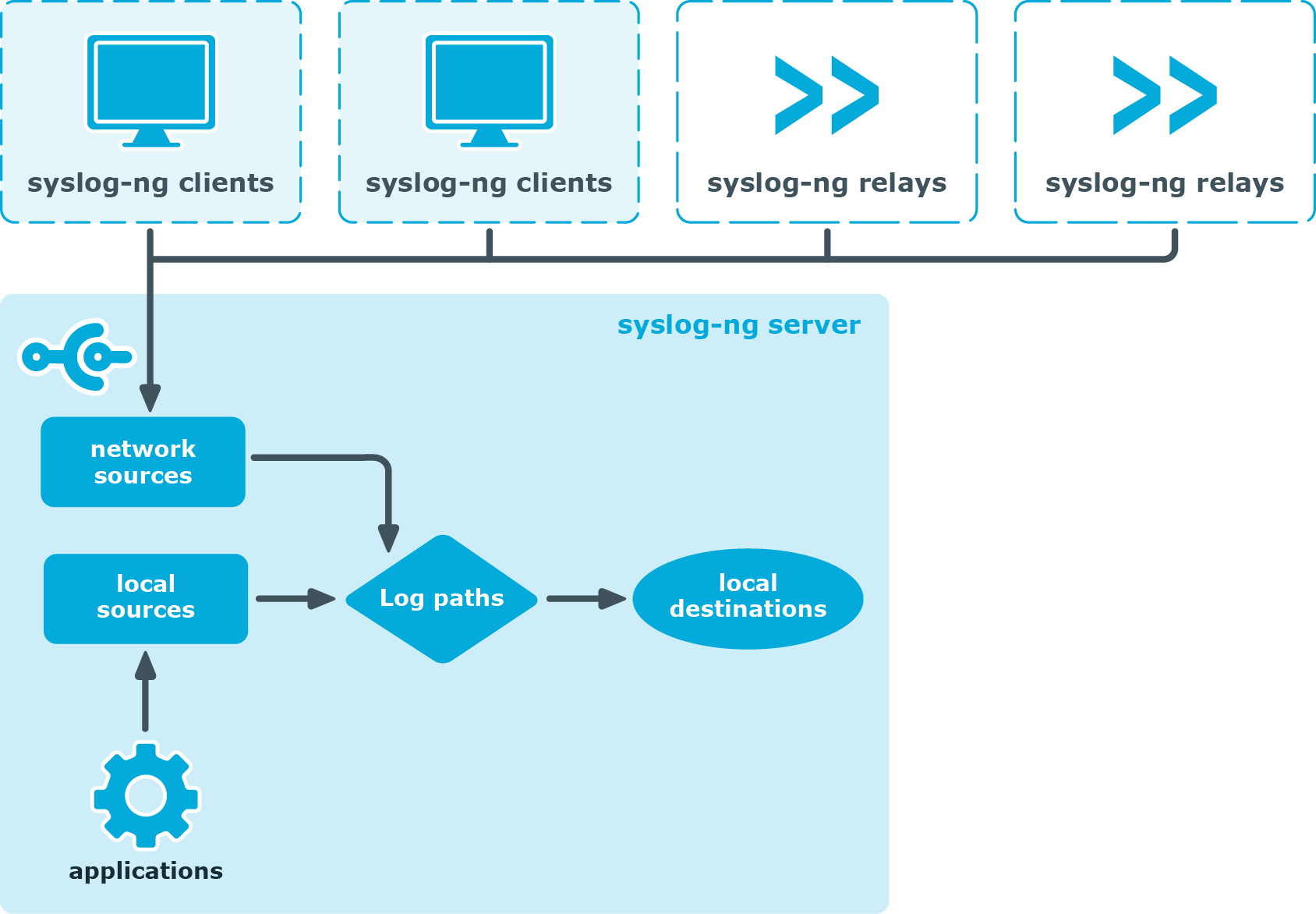 In server mode, syslog-ng acts as a central log-collecting server. It receives messages from syslog-ng clients and relays over the network, and stores them locally in files, or passes them to other applications, for example, log analyzers.